f you know me (or have read this column for any length of time) you know I love good storytelling. And I’m always looking for good tales. I watch Japanese sitcoms, good miniseries, Indian song-and-dance epics, just about everything. I’m always open to suggestions.

So, recently, my niece’s boyfriend told me (since we both share a love of anime) that I should watch HunterXHunter. And a friend from two decades back told me that Longmire was one to watch. So I started them both.

HunterXHunter is the story of Gon, a plucky little kid who wants to take “the Hunter Exam” and become a hunter (kinda a licensed explorer/bounty hunter sort of gig). He puts friendship and duty above all else, ready to sacrifice for his team. But his charm really comes out of his cleverness. When his party is faced with a decision in their exam involving two impregnable doors and only one can be picked, but through one, everyone escapes but nobody wins, while the other only lets half of them win but half lose. Gon’s solution is to pick the nobody wins door, then to break down the wall behind the door and cross over to the certain win passageway. Clever. 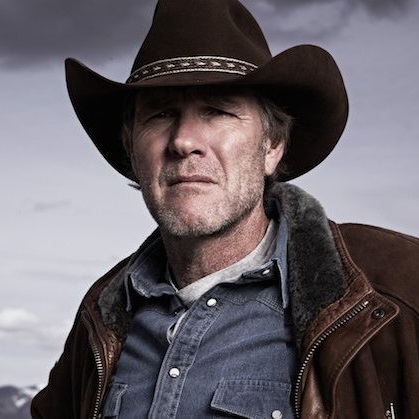 Longmire is the story of a sheriff in modern-day Montana, a man facing the depression of his wife’s death, the backstabbing of his deputies, and the corrupt world we live in. In a rather James Gardner way, he shuffles and Columbo’s his way through his mysteries, solving cases with his deductive reasoning and his deadeye-Dick marksmanship. He’s even dark enough to let a hated subject bleed out after getting the information, having set things up so he’s got a long walk back to his car radio and he doesn’t have a cell phone. Frontier justice.

And as I watch these two shows and smile at the heroes, it hits me that they are two sides of the same heroic coin. I like them both. Gon is friendly, endearing, faithful and plucky. And Longmire, he’s practical, deliberate, lackadaisical and level-headed. Both works as heroes to enjoy, even through their mediums and audiences are vastly different. It’s interesting to see the elements of characterization that makes you interested in them, willing to follow each across dozens and dozens of episodes. As a writer, I find the techniques fascinating.

So think about this when you are coming up with a hero for your story. Heroes aren’t just heroes because it says so on the back cover. They are heroes because you make them so!

>>>BUY FIRE AND BRONZE AND FIND OUT ABOUT MY THIRTEEN YEAR-OLD PRINCESS WHO IS A HERO IN HER OWN RIGHTS. FOLLOW THIS LINK HERE!<<<