Michael Metcalf (who did the wonderful cover art for my soon-to-be-out novel Early ReTyrement, also finished up the map two weeks ago. It was like a Hollywood movie – I managed to close the deal and get the print safe on my aux drive before my entire computer went down. 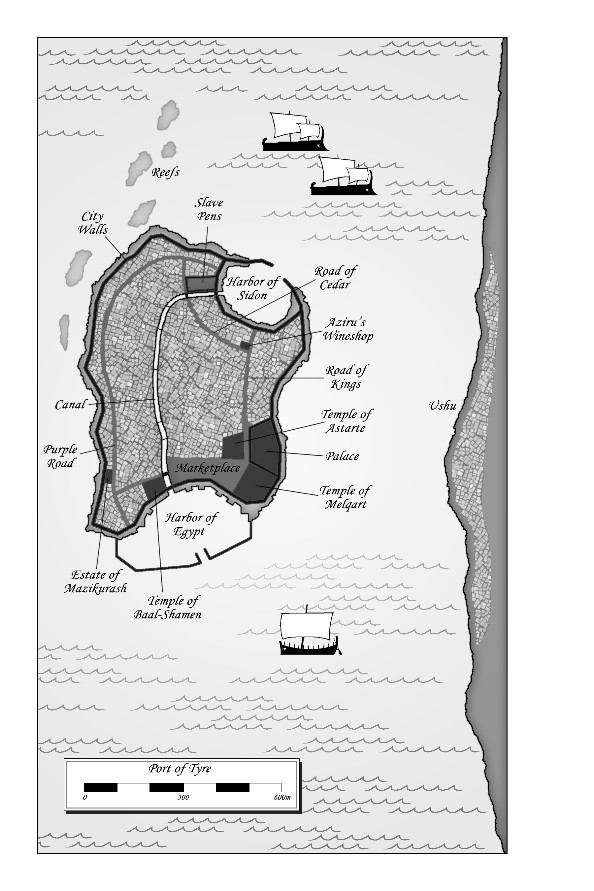 Anyway, have a look. The guy was nice enough that when best-buddy Jesse came up with beyond-last-minute-changes (i.e. after I’d paid and the the arrangement was closed) he added these changes in gratis. As always, he was a pleasure to work with and really came up with some very nice effects.

In particular, I’ll point out the teeny tiny houses – that was done with a square grid of houses with roads matching the four corners. From one grid, it could present eight different patterns (four rotated, and four more reversed). This gives a non-repeating pattern that promotes the feel of an ancient city crammed within the walls.

Anyway, one more test pass and then its off to an on-line-publishing pro for final placement.