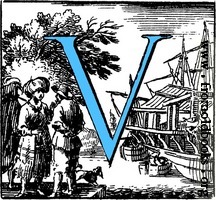 anguard is the lead-off book for the third cycle in the Ark Royal series. First we had the supper carrier that pulled Space Battleship Yamato stuff with an evil race that boiled out of the black at us. And then we had Warspite, the experimental cruiser with the heavy plasma gun that fought the Indian nation in the colony worlds and blasted and Indian carrier. And now we have Vanguard, the first Earth battleship, built strong and built to last. But will that be enough?

Our story opens with yet another alien race discovered. Without knowing anything, Earth sends a massive “welcoming fleet” (was this a good idea? Personally, I don’t think so). Regardless of what we were thinking or the aliens were thinking, they slipped in behind our fleet and plastered it.

To make matters worse, the main character is Vanguard’s XO, and she suspects that the captain is unfit for his job. He’s already frozen up in some English-American war games and his prior XO deserted his post (rather than deal with his hopeless captain). So Commander Susan Onarina has a fall-back plan (a stunner in her pocket and a quiet agreement with the bridge crew to mutiny if the Captain puts Vanguard in danger). So the aliens jump the Earth Fleet, the captain freezes and is then on the deck, stunned out. Assuming command, Susan saves the day and gets the remnants of the fleet heading home, the aliens looking for them. Will they make it?

As a bonus, there is a section of book invested in the actions in Midshipmen Country, with our young middie fighting against her overbearing first middie, and all that Tom Brown’s Schooldays stuff. Actually, it was quite interesting to hop from the command deck to the shaking, shuddering halls as Vanguard fights for its life against the alien horde.

I don’t know how author Christopher Nuttall does it but he always spins out a great yarn, well worth getting into. I found the first chunk of the series in a used bookstore and am happy I did. I’ll have another review of the next book in the series posted in a week or so.

But yeah, five exploding enemy carriers for this set!