like anime – Japanese animated series, for those of you in the dark. It’s weird and strange and oddly informative. Sometimes you can see that slice of life, a part of what it means to be human. Other times, it’s just giant robots.

When my niece Kirstin suggested Haikkyu!!, I was a little dubious – it’s a volleyball epic, a story about a short Japanese student who loves volleyball and wants his high school team to be successful. The thing is, he’s short, but he’s light, so he’s got this killer jump and this crazy spike. It’s fun to watch and you’ll find yourself rooting for him and his team (the Crows) to win. And when you think about it, how is this really different from real-world sports? 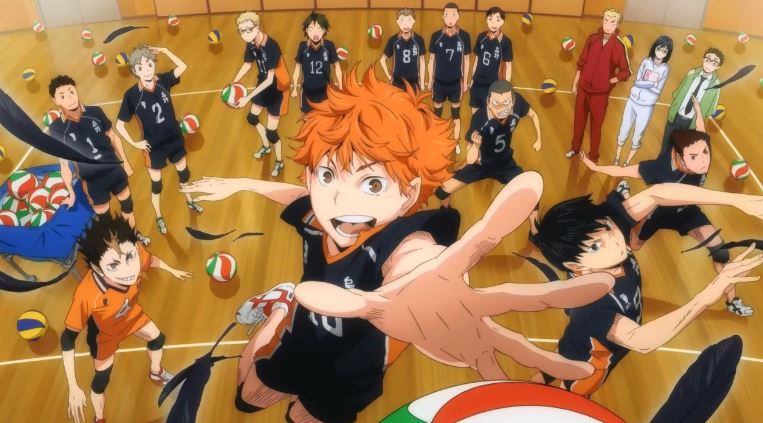 I’m no stranger to anime and I’ve watched a number of “tournaments”. My Hero Academia was about a high school for superhero kids. Hikaru no Go is about a kid who learns to play the game Go at the guidance of a 1000-year-old spirit. Yowamushi Pedal  is a tale of a bicycle racing team. I’ve seen these all and enjoyed them immensely.

The thing is, they all share an interesting technique in storytelling: generally the main character (and the viewer) knows little or nothing about the sport. As the hero learns, we learn too. And there are the interactions with his teammates (some good, some bad). Beyond that, there are the rivals he faces (some are boastful sleazebags, while some are honorable opponents). But overall, as the viewer progresses through the series, he learns a new facet of human competition, the tricks and idiosyncrasies of the contest.

It’s a great storytelling method, one that educates and enthuses. And it’s really nothing new – Moby Dick taught us all about whaling. So if you are considering telling a story, think about educating your readers about some facet of life. And remember, show, don’t tell. Let them learn like your characters learn, a chapter at a time.

>>>WANNA LEARN ABOUT ANCIENT TYRE? CHECK OUT EARLY RETYREMENT WHERE YOU LEARN THE CITY, JUST LIKE MY TIME TRAVELER HERO DOES<<<