Wish for a Gun (Review)

Wish for a Gun (Review) 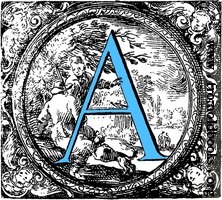 in’t know what a gun is until you see six empty chambers and the smoky tongue coming from the barrel.

Ain’t know what God is until you yell out into the sky and no one says shit to you.

Ain’t know what the earth is until you put someone in it.

This is early in the short story Wish for a Gun, a short tale by Sam Sykes that made it into Jurassic’s The End. And while I’m annoyed that my submission just missed the cut (as they all did), I’ll give this story credit for being good. If I’m going to get bumped, it better be for better writing. And it was.

So this sort tale is about a guy who has just buried his wife and is in shock about what just happened. And that is when the thing from the bottom of the well, the woman-like being that can sing his wife’s voice and mockingly chide him with a cat’s playful way while makes her offer. Into his hands, she throws a gun (with bullets that rattle in the chamber like little kids in a church pew) and tells him that she needs a life for life. And so he does just that, when a crazy city man enters the local store with a knife and a haunting story. But the deal is more involved that first thought – it wiggles and coils back like a serpent’s coils. And, of course, we all know how well genie wishes and deals with the devil work out.

So, great short story from a collection that I realized is rapidly running out. And that gives me a pang of sorrow. I’ve enjoyed all these shorts over the years from this nice collection of off-the-end fiction. And now it’s coming to a close.

>>YOU WANT MY WRITING, GOOD AND GETTING BETTER? CHECK OUT MY OWN BOOKS HERE<<<