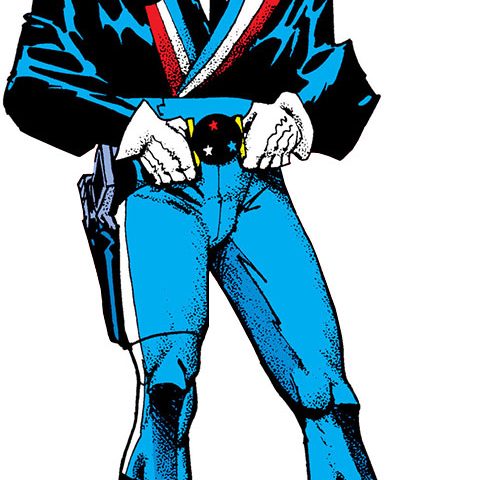 For those who have never read American Flagg, you simply have missed one of the more interesting comics ever produced (listen to me speak like an authority – I gave up on comics when Cerebus started to drag). But still, American Flagg. It was the first comic I’d ever read that captured the idea of media overflow (and this, in the 80s before the internet). Every panel was awash with infographics, trade marks, click throughs and raunchy videos attempting to get you to “stick your card into the slot (bum ba bum) and you’re going to see something that’s really HOT HOT HOT!” Images unimaginable flooded our eyes back then, those of scantily-clad women, of leather-jacketed Plexus Rangers, of holographs of “Bob Violence”, of the City of Chicago decades after the meltdown of 1996. 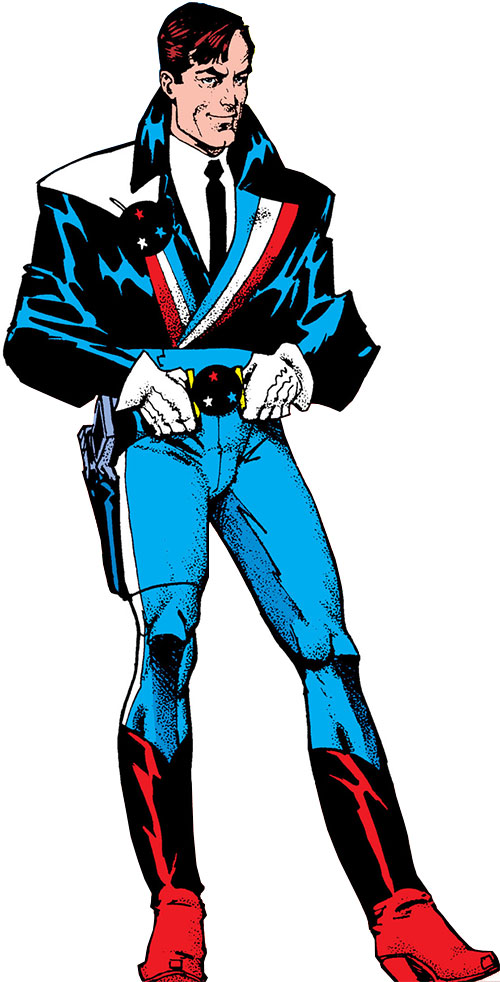 Into this shithole, where the offworld Plex keeps a beachhead through Plexmalls (a combination of shopping, living space, and fortifications) comes Reuben Flagg, a canceled Martian videostar (with something very much like CGI, his show continued; he got canceled) who is now a Plexus Ranger (think of a marshal in the old west). But in this case, he’s more a deputy, finding himself under the corrupt “Hammerhead” Krieger, the mall’s top ranger.

But things are beyond nuts. There are weekly rampages of the local motorcycle political clubs, the downtown area is a literal war zone (where the Plex films “Firefight Saturday Night”, a combination of armed insanity and ratings runaway. And into this the perpetually disillusioned, exhausted and frustrated Flagg finds himself mired in, just trying to made a difference, just trying to act in accordance to his sputtering idealism.

I’m going to tell you, unlike the driftier Transmetropolitan, American Flagg kicked ass and took names. All through my unhappy existence of a game designer in a failing online company, every month I’d look forward to the latest issue. Sadly, a dozen or so stunning, flashy, Flaggy issues, the founding artist Howard Chaykin left the series. After that, it looked like something out of Archie & Veronica. The artwork was uninspired, simply crummy pencil drawings with the occasional echoes of the multimedia effort that made it work. I collected them, of course, but have never had the urge to re-read them past Chaykin’s departure. Sad day.

If you are looking to peek into this series some three decades after it was released, you can actually find it through Amazon – the “Definitive Collection”. I bought the first volume which covers all of Chaykin’s work. Anything after that is too painful.

So, yes, if you want some artwork that will remind you of the worlds of Bladerunner, of all these old scifi classics where the world was going to hell and only one man could hold it together, check out American Flagg.

And what’s with this GOGANG stuff? Check out the comic for the answer, right after the attack!

>>>I WAS DOWN MEMORY LANE WITH THIS ONE. IF YOU DON’T LIKE COMICS, CHECK OUT MY OWN BOOKS – THEY HAVE WORDS IN THEM AND YOU MAKE YOUR OWN PICTURES. FOR SALE, CHEAP. PUT YOUR CARD IN THIS SLOT…<<<