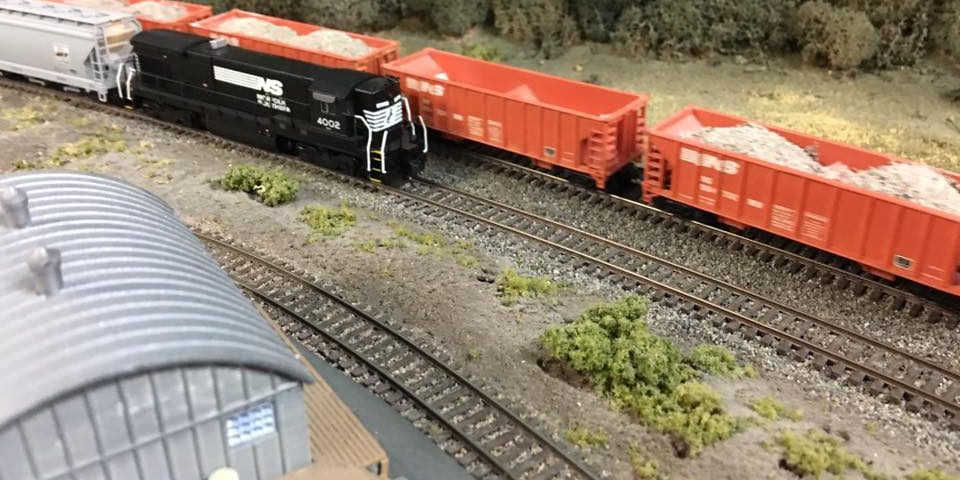 can’t speak for everyone else, but after Monday’s convention op session at the club, I wanted to do better. While it wasn’t baaaaad  (in that condescending tone) we’ve had better. I wanted our guests to see what a good session is like, when a club which operates using the more difficult N-gauge really takes advantages of longer trains and high mountains, really giving the engineer a feel of place and scale, without leaving them sitting and waiting while six people yabble on the phone.

At dinner, that seemed to be the touch-n-go discussion, how we wanted to run well but, oh crap, we had at least fourteen guests showing up. With our folks as conductors, we were swelling the number of people in the aisles by a factor of two. Like Monday, it would be really easy to go off the rails again and bog down.

We grabbed each newbie as they came in, assigning them to a train. At the start, I’d already prewritten six warrants (live and learn, Matthew). That way, when the bell went off, we were off and running and I was working on the next series of trains. Happily, the radio calls were sharp, everyone spoke quick and took their warrants like men, and we even got the potential tangle in Harris worked out (though I’m thinking I heard some doubters out there).

So get this – freights cleared the division in twelve hours each. We ran three of the four passenger trains, and those completed on time. We got three coal drags over the hill, two autoracks down the valley, an extra passenger train, an extra TOFC, and the four locals. The only reason we went over the midnight number was because the guests wanted to keep running.

We even figured a way to get the Harris Glen Local home in 12 hours. Two little pieces of red cloth is all it takes.

At the end, our visitors were happy, handshakes all around. The members were grinning as only a winning team can. We’re really happy with Martin Yard and the new flexibilities we get (the double lead and Martin crossover are real blessings). We are now able to really take advantage of the double track (unlike before). Even Zanesville got a good workout, with autoracks being worked in the plant.

It must have been a good night since a lot of folks (guests and members alike) hung out and talked about it.

Mission accomplished. On to the convention center tomorrow! 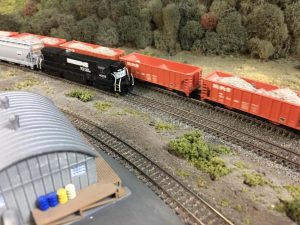