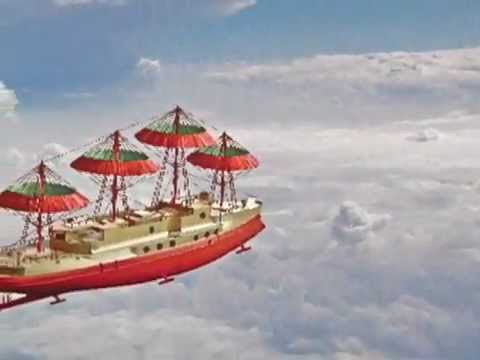 There was a time in America (the late 1800’s through the early 1900’s) when gear-ratchet, chrome-lever technology seemed to be the way of the future, when airships were around-the-corner, when the unknown areas of the globe were being fully explored, and an American could go anywhere and do anything. These feeling of manifest destiny (in it’s most absolute form) was captured by the Frank Reade dime novels that came out at that time, where the plucky (and seemingly endlessly funded) Reade family ran its own factory, producing single-run vehicles (armored cars, tanks, airships and subs) with which they could explore the world and save each other (while heaping large piles of colorfully picturesque native corpses) in the process.

Ah, those were the days, when hard science and social/political consciences didn’t get in the way of a ripping good story.

So now Paul Guinan and Anina Bennett have produced a look back at this remarkable collection of stories, breathing life into the Reade legacy, attempting to caulk the gaps of reality. You don’t get complete stories in this book but rather sections of stories, giving you the gist of those time-forgotten dime novels without the mountain of pulp they represent. It’s just fun, nothing more, but quite a lot of fun it is.

It was a fun read, perhaps a little frustrating in that I found myself wanted to read just one Reade story from begriming to end, un-edited, un-sanitized. That his companions were a black and an Irishman would lend themselves to an interesting slice-of-attitudes of the times, to see what people really thought and what was acceptable (and comic) (and I’ve read the Flashman Papers, so I’m hardly about to be insulted by the way the real world was). No, while it was interesting, it was like being allowed to come into a room containing a strange and exotic feast, and being permitted to taste one or two things before being chivvied out. I found myself wanting more.

Still, in this age of unlimited (and unending) drone campaigns against generations of “fuzzy wuzzies”, its interesting to see a quaint view of Yankees potting natives from armored airships (how similar). Further, the clever efforts of the authors to make the impractical “fit” into the real world is a curious exercise. And the pictures of the grand and glorious vehicles, priceless!

A fun read, and perhaps a way for liberal parents to introduce their kids to whatever we call political correctness these days. But I mean this in a good and educational way.

>>>FOR A LOOK AT MORE QUAINT TECHNOLOGY, SEE WHAT A COMPUTER PROGRAMMER CAN DO IN 330 BC!<<<