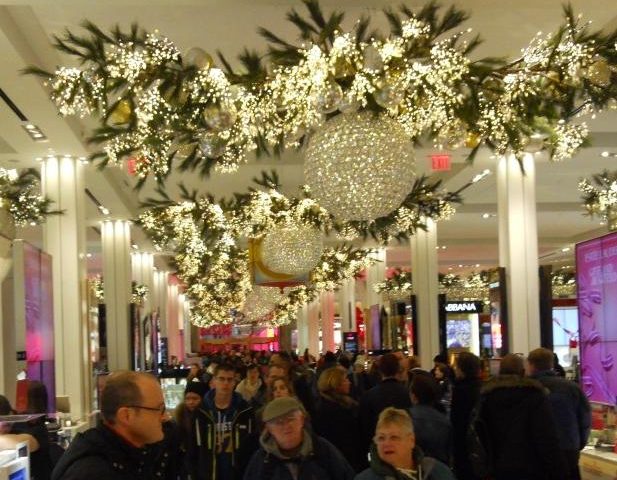 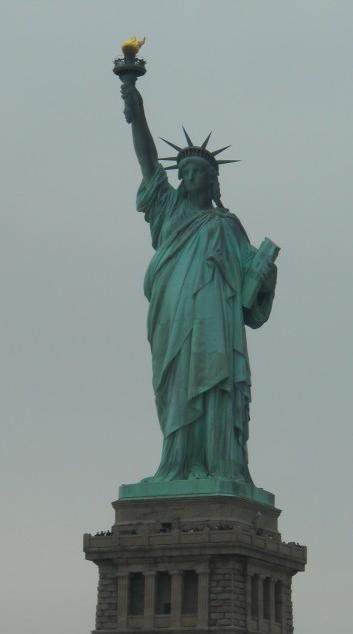 ong day today – took the subway first thing out to Battery Park where we caught the ferry to the base of the Statue of Liberty. Interesting that the last time I was out here, when I was seven, it was cold and bleak, too. Anyway, got to check out the monument’s museum and all the cool things there. Also got to go all the way up to the top of the pedestal (all 176 steps, which is nothing compared to my 14th floor office at work – like after a fire drill when the lobby is packed with everyone in line to elevator up and I take the stairs). But we hung around there for a bit, then tried to catch up with my Sister and Mom, thus bypassing Elis Island (hey, my ancestors came over in the 1600s and had nothing to do with it). Caught up with them and took the subway back to downtown, where we went to Macy’s. 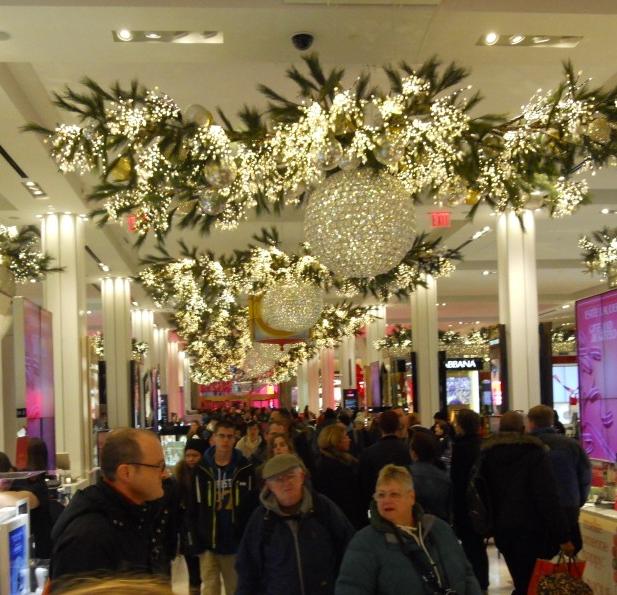 What was Macy’s like a day or two before Christmas? My sister compared it to Cacophony (the Seventh Level of Hell). I mean it was packed, people all swarming every which way. And I was carrying my mom’s backpack, so more bulk for me. We finally got downstairs to the café for some sort of meal – only to share tables with the homeless (one of whom asked for my sister’s uneaten portion when she was done – a benevolent gesture right before Christmas and all, but do you really want that sort of thing?). Finally we got back out into the street and managed to snare the only cab in New York that didn’t have a fare. Dumb luck, really, since he stopped to drop someone right next to us.

That night, JB and I went out with my brother and his family to eat at a very good Afghan restaurant, kebabs and such. And then it was over to the theater for a play, this time The Last Ship with, of all people, Sting in a leading role. I geeked out for this – bought a signed show CD and all that. And there he was, on stage about one hundred feet away, right there. Wow.

Of course, my young niece didn’t know who the F Sting was. I don’t know what to say about that. I mean really…

The weather’s closing in. Looks like rain tomorrow. Going to check out the Strand Bookstore!

>>>MAYBE I STILL HAVE TIME TO WRITE A PLAY, THEN STAR IN IT TO MAYBE BOOST THE BOX OFFICE? YOU THINK? ONLY TIME WILL TELL. WELL, HELP ME IN MY EFFORT. BUY A BOOK FROM ME ON THIS LINK AND PUT ME ON MY ROAD TO FAME!<<<