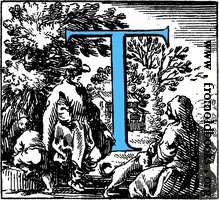 Love running the FEC – it’s a great layout and for the four hours we run, you are very busy – I’ve run CTC boards where you aren’t and it’s a yawn-fest but this one keeps you hopping. Truthfully, at the end of the session, we had four southbounds coming through Palm Bay and I was starting to get them mixed up (not helped by the crews who seemed rather “greedy” (by which I mean that they would pick up every car they could and forget their setouts)). End result – really long trains.

You guys who run a lot, you’ll know that sawbys are pretty easy in warrants – they resolve themselves. But in CTC-land, you have to throw every turnout and walk them through the steps. And when you are trying to move one dot past another dot on the panel, and people are calling to gain rights to the main, and others are rolling off, and the yard crew is starting to scowl at you (remember those four trains through Palm Bay? They had to parade somewhere and someone has to shovel up after the circus (i.e. the FEC yardlettes)). So yes, I was starting to (this is a technical term) lose my shit out there.

But we made it through.

Also, a nice gesture – Ken awarded me with a certificate for all the work I’ve done to make his sessions finish quicker. In this case, it was the Certificate of Short Rail, awarded to me for dislodging a short piece of rail off the panel and into the guts of his CTC machine, shorting out is layout and ending the session. Nice certificate – even has the rail glued to it.

No, holding hands would be fine.

Thanks to the crew for moving all that stuff and making the session so fun. And thanks Ken and Bev for hosting!

>>>BUY BOOKS HERE. YEAH, THERE ARE STILL SOME THAT NEED PURCHASING!<<<