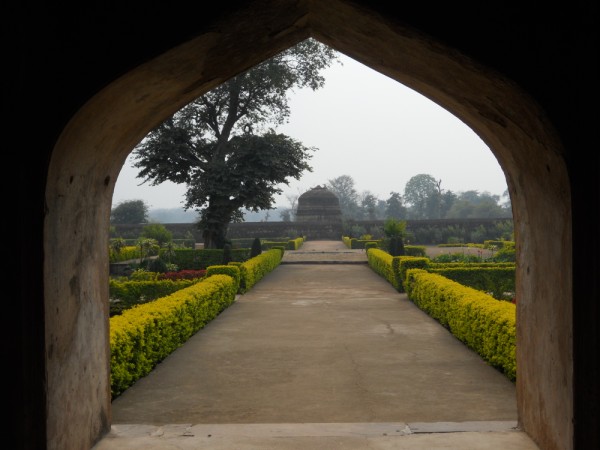 errible start for the day (the usual 3am bing awake deal). Turns out JB had some sort of mango tea drink for dinner. Either that or something else dumped her guts. I’m lying in bed, trying to will myself to sleep, and I’m hearing say that her bowels are dumping, that she’s got a throbbing headache, that she’s sick as a dog, and my mind whirls on the logistics of three hours on a train and five more in a bus. Told her to pull the ripcord and take the anti-diuretics, aspirins, everything. Bomb bay doors open. Salvo.

Within ten minutes she was snoring. The next morning (two hours later) she was perfectly fine. Since I’d prayed for Ganesh (the elephant god and supposedly the deity of travel) I now owe him something. I think I’ll visiting the Hindu temple when I get home and toss and offering his way.

On the platform after breakfast to catch the Shatabdi Express for Jhansi. Since I’ve got a clinic to present to the train club in a week, I decided I’d do one on traveling on Indian railroads. And I’ve got a lot to go over.

You have scant minutes to throw yourself aboard. Of course, our tour group went in the right carriage door, another one in the left door. Turns out all our seats were on the other ends of the car, so a lot of bulky tourists with big carry-ons trying to get past each other. Anyway, eventually the train was off and I was shooting pictures out the window.

Saw sacred cows lying on nearby tracks. Saw derail tracks in stations (I thought it was some sort of trailer unloading station but there was no way to get a truck in – then I realized it was a safety precaution). I people-watched in the stations, and train watched at the sidings. We ended up cooking along at a cool 80mph. Yes, the trains are beat up around the edges but this one was comfortable, on time, and better than a day’s bus travel so I’ll take it. Pulled into Jhansi on schedule.

Strange area around Jhansi – unlike Agra and Delhi, the Jhansi drivers drove quietly – you hardly ever heard a horn. The city is also neat and tidy (compared to the rubbish of Delhi and Jaipur). Once we got out on the roads, it got a little more honky. Worse, it was a long drive to Khajuraho (our next overnight). We were on the road five hours. We stopped for lunch and got to check out the old tombs of Orchha overlooking the River Betwa. They looked just like King Louie’s ruins in Jungle Book. Then another couple of hours, with a piss stop in a small restaurant with a gift shop. Looked for something for a friend, and found neat Ganesh statues carved out of camel bone. Got one for my friend and one for me (I owe Trunk-man my thanks for setting things good with my wife’s cold). But really, it was a drag of a ride. Read a bit, slept a bit, and wished my fellow travelers would quiet down and please, stop sneezing (I don’t want JB to catch something else).

Anyway, I got the erotica day wrong. Tomorrow. I promise. 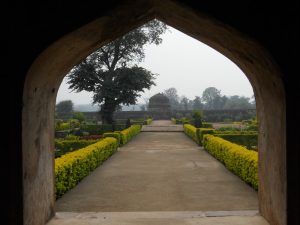 >>>PERFECT FOR A LONG RIDE – MY BOOKS. CHECK OUT THE STORE THIS LINK POINTS TO AND PICK SOMETHING UP!<<<