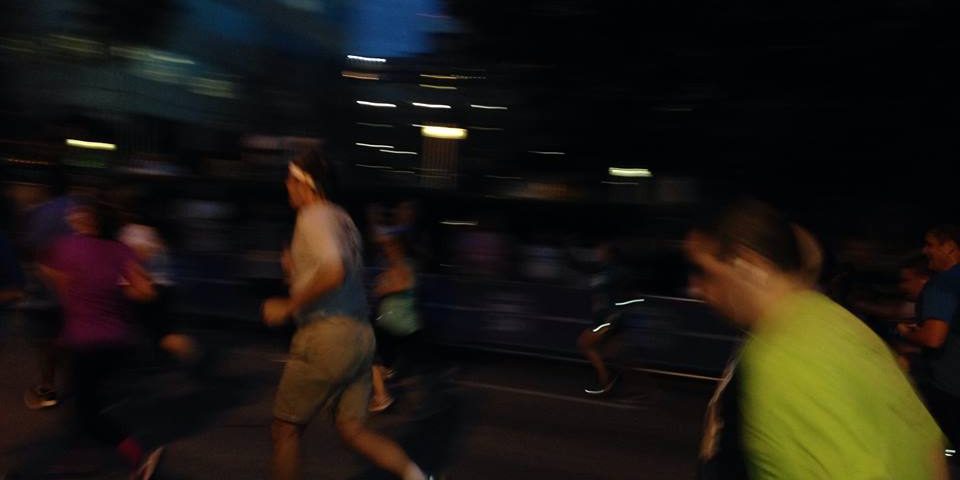 It was my second 5k.

Haven’t mentioned it, but these things really get in the way of writing (and lunches, and comfort). We’ve been training at work (a couple of coworkers and myself) for weeks now, jogging pretty much ever lunch time, three miles through a tree-less neighborhood under a hot tropical sun (except for that time it poured on us). I got to the point where I wouldn’t stop, and could do three miles in something like 35 minutes. That’s about as good as it gets with this old body.

So we went over to Eola Park at 3pm or so, picking up the food on the way, the little setup crew. It was pretty windy and there was a little confusion of how we wanted to set up tables and banners and such, but eventually things got straightened out. While I was working, my brother Mike showed up and we chatted a bit. My wife JB was also there – she was going to do the walk, so good for her – she’s very intune to the benefits of walking and tries to do it as much as possible. Me, I’m very intuned to the agonies of running, but I was dumb enough to do it anyway. 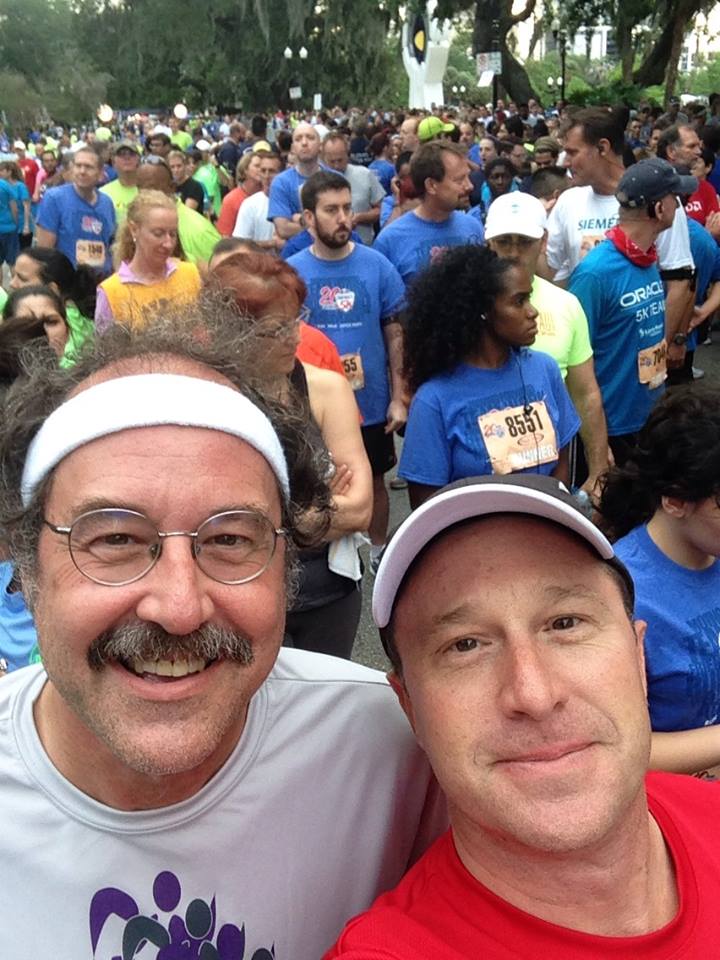 So before race time, we drifted over to the start with about 18,000 people, a small collective. I was the last to leave the tent and so I ended up pretty much by myself in the milling pack, until I bumped into a coworker and then, surprise, my brother! Out of this multitude and there he is. I knew he’d leave me once things got going, no surprise. We crossed the start line at 14:00 (think about that, it took us fourteen minutes just to get to the start line, the crowd was so big and slow).

There was the usual bunch of misrepresentations/over-estimations/lying on expected times for registrants – Mike and I were weaving through people who were walking before the first 300 yards had passed beneath our sneakers. Just people trudging along, having said they could do it in under twenty-four minutes because they had in college fifteen years ago. And if you are pushing a stroller, I don’t think you are going to do it in under twenty-four minutes (being able to do it in your odyssey doesn’t count).  But then again, there was a one-legged man humping along in front of me that was making good time. I don’t know if I ever passed him. So many people. So much to see.

Anyway, I cleared the finish line 34:10 after my start, so that’s decent. I’d have liked to have beaten my jogging nemesis Manjula but that wasn’t happening – she’s been training and is in better shape than I was. But it was fun, the breakdown of the tent went quick (and we had lots of help), and we were home by 10pm.

I think even JB will come again next year.

>>>IF ONLY PHEIDIPPIDES HAD TAKEN HIS TIME AFTER THE BATTLE OF MARATHON, WE’D HAVE BEEN SPARED ALL THIS. THAT’S HISTORY FOR YOU. READ SOME OF MY HISTORICAL BOOKS HERE!<<<